Seven years back a Faridabad resident Prabhjeet survived oral cancer; he lost the right half of his jaw bone and 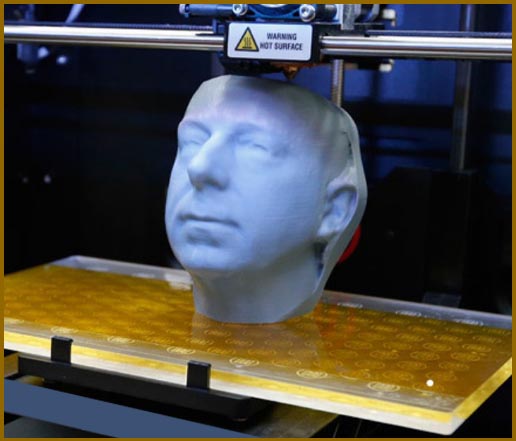 Seven years back a Faridabad resident Prabhjeet survived oral cancer; he lost the right half of his jaw bone and lived on a liquid diet for many years, until 3D printing came to his rescue.

Later when he consulted with the Doctors at Fortis Hospital reconstruction surgery a first-of-its-kind jaw surgery was performed on Prabhjeet with a 3D-printed titanium jaw in January this year.

At present, Prabhjeet is a happy man and has begun eating normal food, including non-vegetarian and spicy cuisine.
Later Prabhjeet told IANS about his story:-“After I was diagnosed with oral cancer seven years back, I got treated at Fortis and the right side of the jaw was removed. Initially, I was not sure about the 3D printed jaw but when doctors convinced me, I decided to go for it. Now, I can say that it was a right choice.

“Post-surgery, I was discharged after a week’s stay at the hospital. Initially, I was put on a liquid and soft diet for the 3D-printed jaw to get optimized and integrated well. Today, I can taste and chew food of my choice,” he added.

The doctors at the fortis hospital used titanium metal 3D printer from UK-based Renishaw Company to construct and customize the jaw for Prabhjeet.

During the surgery the right half of his jaw bone was removed along with temporomandibular (TM) joint to cure him of cancer. The TM joint controls the mobility of the jaw. Over the years, his residual mandible deviated which prevented the lower and upper jaw to meet,” said Dr Mandeep Singh Malhotra who performed the surgery.

Designed And Developed By Brandhype