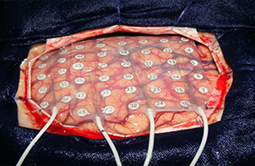 Epilepsy surgery is a procedure that removes an area of your brain where seizures begin. It is most effective when seizures always begin in a single location in the brain. It is not the first line of treatment but is considered when at least two anti-seizure medications have failed to control seizures. A number of pre-surgical assessments are necessary to verify whether you’re eligible for epilepsy surgery and how the procedure will be performed.

Epilepsy surgery is a neurosurgical process where a part of the brain involved in seizures is either disconnected or stimulated. The goal is to get rid of seizures or drastically diminish seizure burden. Around 60% of all people with epilepsy have focal epilepsy syndromes. In 15% to 20% of these patients, the situation is not effectively controlled with anticonvulsive drugs. Such patients are potential candidates for surgical epilepsy treatment.

Epilepsy surgery is performed when a person starts to have seizures. Seizures differ so much that epilepsy specialists regularly re-classify seizure types. In general, seizures belong to two basic categories which are primary generalized seizures and partial seizures. We can differentiate these types is in how they begin. Primary generalized seizures start with a widespread electrical discharge that involves both sides of the brain at once. Partial seizures start with an electrical discharge in one partial area of the brain.

Your hair will need to be shaved over the section of your skull that will be removed during the operation to avoid infection. You will have a little flexible tube placed within a vein to deliver fluids, anesthetic drugs or other medications during the surgery.

The heart rate, blood pressure, and oxygen levels will be monitored during the surgery. An EEG monitor will also be recording the brain waves during the operation to better localize the part of the brain where the seizures begin. Epilepsy surgery is generally performed during anesthesia, and the patient will be unconscious during the procedure. In rare conditions, the surgeon may awaken the patient during part of the operation to help the team determine which parts of the brain control language and movement. In such cases, the patient would receive medication to control pain. The surgeon creates a quite little window in the skull, depending on the type of surgery. After surgery, the window of bone is replaced and fastened to the remaining skull for curing.

The patient will be in a special recovery area to be monitored carefully as the patient awakens after the anesthesia. The patient may need to spend the first night after surgery in an intensive care unit. Three or four days are the total hospital stay for most epilepsy surgeries. When the patient awakens, their head will be swollen and painful. Narcotics will be needed for the pain for at least the first few days. An ice pack on the patient’s head also may help. The patient will probably not be able to return to work or school for about one to three months. The patient should take a break and relax the first few weeks after epilepsy surgery and then gradually increase their activity level. It’s unlikely that the patient would need intensive rehabilitation as long as the surgery was completed without complications such as a stroke or loss of speech.

Book An Appointment for Epilepsy surgery