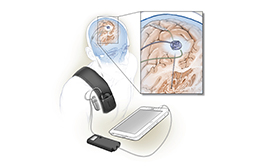 In Parkinson’s disease, the central nervous system malfunctions, causing uncontrollable jerking and trembling movements. It is due tothe absence of dopamine in the brain, resulting in various symptoms. Shaking, stiffness, and problems with balance & coordination are just some of the side effects.

In Parkinson’s disease, the central nervous system malfunctions, causing uncontrollable jerking and trembling movements. It is due to the absence of dopamine in the brain, resulting in various symptoms. Shaking, stiffness, and problems with balance & coordination are just some of the side effects.

Parkinson’s disease may affect anybody. However, some studies show that males are more often affected than women. It’s not apparent why, but researchers are looking at what can raise someone’s risk. Age is a risk factor: 5-10%of people may get Parkinson’s before 50, even though most individuals don’t show symptoms until far beyond 60. Evidence suggests particular kinds of Parkinson’s disease may be traced back to specific gene alterations in the early stages.

The symptoms & course vary from patient to patient. In the beginning of this condition, the symptoms are mild and increase over time. People may have slight tremors or trouble getting out of a chair due to Parkinson’s disease. As a result of this, individuals may find their speech is inaudible or that the handwriting seems to be sluggish and cramped. Their facial expression and animation might be lacking, or the individual can’t move a body part regularly.

People with Parkinson’s disease have difficulty leaning forward, taking little, rapid steps, and stopping swinging their arms. Getting them to move or keeping them moving might be a problem. In some instances, the symptoms may be more intense on one side than the other, although this is not always the case.

Many patients with Parkinson’s disease account that they experienced constipation, sleep issues, a loss of sense of smell, or restless legs before they felt symptoms of stiffness &tremor. Talk to your doctor if these symptoms develop or interfere with your everyday activities, even if they are part of normal aging.

Before having a DBS operation, look for a clinic with trained and experienced specialists. Checking your memory, thinking and mood would be recommended by your doctor. MRI & CT scans may be used to identify the exact area of the brain that has to be treated.

Surgeons will need a means of accurate navigation in the brain throughout the surgery. Frameless systems with plates put in the day prior to surgery are used by certain surgeons instead. After the scalp has been numbed, a wireframe is inserted into your skull.

With the framework or plates in place, your surgeon will perform a brain scan to generate a “map.” You’ll next have a dime-sized hole drilled into your skull by your surgeon. The lead surgeon will use a special probe to connect to the frame or plates to find the perfect insertion position.

Your surgeon inserts the lead after they have located the desired location. When the line from the battery pack is connected, they run it beneath the skin of your head. Put to sleep for an hour or less, the process of implanting the pulses in the chest takes place. Your skull is stitched together with a plastic cap & you will likely spend the night in a hospital before returning home the following day.

A DBS specialist will fine-tune the system to get the most out of the treatment. After the treatment, you can operate the system on your own. Every time you wish, you may switch it off, check the power, and adjust the settings to your liking.

A typical Parkinson’s medication dosage must be maintained after a DBS procedure. However, your symptoms may improve after it is set up, and you may require less medication. If your brain swelling doesn’t go down, your gadget won’t operate. Identifying the best settings for various individuals takes approximately six sessions over six months.

Other complications may occur, such as:

Parkinson’s disease cannot be detected using objective means, such as biomarkers or screening tests. Despite this, medical professionals have discovered a slew of connections between it and various other issues.

Age. The aging population is a significant contributor to the growth of Parkinson’s disease. The typical onset age is 60 years old.

Genetics. More than 50% of the patients with Parkinson’s disease had a parent or sibling dealing with the disease. As new genetic information and genes have been discovered over the last 10 or 15 years, more profound knowledge of the condition has been gained.

Parkinson’s disease is a neurological illness that occurs when the brain changes its structure. What causes it is still unknown. However, scientists have discovered various variants.

Dopamine, a neurotransmitter, is the primary cause of this disease symptoms. It occurs due to the death of dopamine-producing brain cells.

The brain’s dopamine system controls movement & coordination. Symptoms worsen as dopamine levels continue to decline. Hence, a lack of dopamine might make it more problematic for patients to regulate their activity.

Norepinephrine, a neurotransmitter that helps regulate blood flow and other bodily processes, may also be affected by Parkinson’s disease.

Patients with low norepinephrine levels may have both motor & nonmotor symptoms. When a person’s blood pressure drops from standing up, they get dizzy and run the danger of collapsing. Orthostatic hypotension may be more likely in Parkinson’s patients.

Alpha-synuclein protein aggregates may be seen in people with Parkinson’s brains.

The loss of nerve cells caused by Lewy bodies buildup may lead to mood, movement, thinking, and behavior changes. Dementia is another possibility.

Parkinson’s disease is not the same as Lewy body dementia, yet both cases have similar symptoms.

Parkinson’s disease has been linked to alterations in multiple genes, but experts don’t consider it a genetic ailment.

Only 10% of instances seem to be caused by genetic factors, mainly in patients with early onset illness.

There may be a genetic relationship between Parkinson’s and inflammatory diseases like rheumatoid arthritis, according to research published in 2017.

Autoimmune rheumatic disorders were related to an augmented risk of Parkinson’s disease, according to a study conducted in Taiwan in 2018.

Deep brain stimulation is an option for Parkinson’s patients who aren’t responding well to medicines. An electrode entrenched in the brain is linked to a tiny electrical device located in the chest by a surgeon during surgery. The gadget and electrodes gently stimulate parts of the brain involved in movement regulation. These alleviate some symptoms of Parkinson’s disease, such as tremors, sluggishness, and stiffness in the affected person.

Parkinson’s surgery is essential as it is related to the nerves. Therefore, if you are someone from a foreign country looking for DBS surgery in India, then you are at the right place. Al Alfiya Medi Tour is a leading name in the medical tourism industry, helping foreigners get the most suitable and affordable medical treatments in India. Our team has several specialists that deal with these things daily. We provide services in almost every state and prominent city in India. Our team comprises highly qualified professionals with a lot of experience. They are available 24/7 and can assist you with your medical needs and emergencies. Starting with getting treatment-specific quotes from the best hospitals and doctors, arranging visas, ensuring you have a place to stay while in India, staying in touch with the doctor and hospital during treatment, and getting feedback after treatment.

Are you looking for the best and most affordable hospitals in India for DBS surgery? Then don’t worry; Al Alfiya MediTour has a link with the most renowned hospitals in India that offers the best Parkinson’s disease treatment cost in Indiaat an affordable range. We know everything there is to know about medical tourism, and we work with some of the best hospitals in India that treat a wide range of illnesses and do surgery. We are known for giving our clients excellent value in terms of price, safety, comfort, and treatments. Because of this, we believe in providing our patients with the greatest possible medical care and knowledge at the lowest possible pricing. Some of the best physicians in the world may be found in India, a popular destination for medical tourists. We assist with top-notch medical care affordable than in the United States.

Book An Appointment for Parkinson’s Disease

Parkinson’s disease is a long-term disorder that affects the nervous system. Its causes are still a  mystery, although genetic and environmental variables may play a role in its development. Experts have discovered clear connections between toxic exposure and prior traumatic brain damage. In order to prevent Parkinson’s disease, it is possible to maintain a balanced diet, exercise regularly, and avoid pollutants. The Parkinson’s disease treatment cost in India might cost between 7000 and 9900 USD depending on the number of patients, the kind of treatment, the length of their stay, and other factors. An Indian deep brain stimulation procedure can set you back anything from $15,000 to $27,500 in your budget.

The effectiveness of DBS depends on various factors. For some people, DBS doesn’t work. Before undergoing surgery, discussing your expectations with your doctor is important.